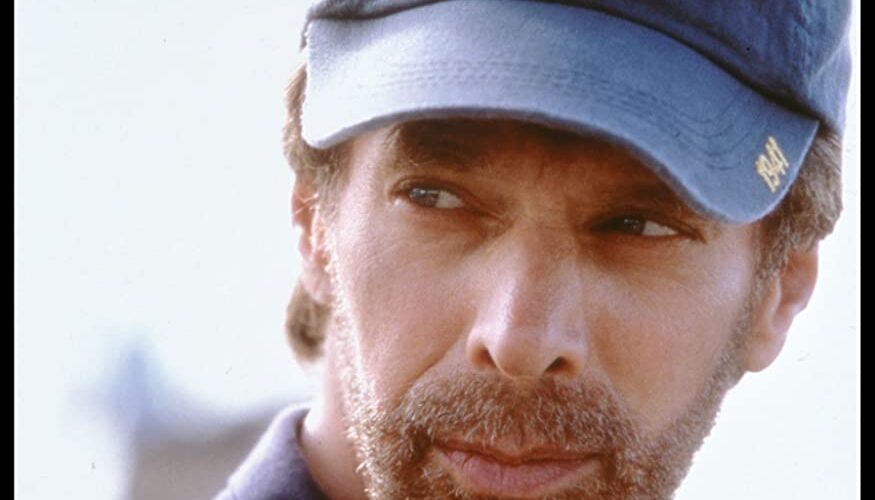 People don’t often talk about Producers. They’re the names we see very often, and prominently, in movie credits, and we all know some of their names even if we don’t realize we do: Frank Marshall, Kathleen Kennedy, Brian Grazer. Then there’s actors turned producer, like Michael Douglas and Tom Hanks.

Sometimes producers just throw money at the movies, and reap the rewards, but their overall influence on how the film is made varies a great deal. For Top Gun, however, I feel two producers Don Simpson, and Jerry Bruckheimer deserve special note. (continues below)

With Tony Scott
With Denzel
With Depp

Bruckheimer and Simpson had only collaborated on one movie before, Flashdance. A lot of people will hear that and dismiss the film; it’s rated 36% by rotten tomatoes, but it did amazing at the box office, making over $200 million worldwide, and that’s the Simpson/Bruckheimer MO as producers. The movies they make aren’t great, but they make a lot of money.

As a pair, they produced Beverly Hills Cop, Days of Thunder, Bad Boys, Crimson Tide, and The Rock. They’re all enjoyable action films, but, apart from Beverly Hills Cop, they put action and machismo far above character and dialogue. Don Simpson died in 1996, but Bruckheimer continued on, producing Armageddon, Gone in Sixty Seconds, Remember the Titans, Con Air, Pearl Harbor, Black Hawk Down, and a whole lot more, but I bring up these specifically because of how they look and feel.

Normally it’s the director and cinematographer that give a movie its visual personality, and yes, Michael Bay had his hands on a few of those movies, applying his chaotic camera and editing style commonly known as Bayhem, but almost every one of those movies had a different cinematographer. If you think back on all of them, however, you can see a unifying treatment to the worlds and people within those films. That is Jerry Bruckheimer.

He has a commercial vision that seems to feed what audiences crave. He’s given us the Pirates of the Caribbean and National Treasure Series, and crossed into television with CSI and The Amazing Race. It’s this easy segue into television that made me realize just what Bruckheimer is. He’s an ad man. His movies are like lengthy commercials, focused on creating a certain image, having scenes that look cool and make a great trailer, but have little value outside the scene.

Imagine The Rock condensed into 45 seconds, action, explosions, car chases, cameras moving all over with this saturated color scheme, then a shot of Axe body spray. Or the volleyball sequence from Top Gun, then cut to an open cooler with Bud Light cans spilling up from the ice. Even the concept for Top Gun came from a magazine. Bruckheimer says he saw the cover of California magazine with two jets inverted and said “This is really cool… this is something we should do.” When he was selling the idea to Tom Cruise, Tony Scott showed him photographs of handsome, muscly men posing for the camera, and said “This is what I want you to look like.” Bruckheimer, Scott, Bay, they all share this quality of concern over what’s cool, and I’d say it was wrong if it wasn’t so successful.

They are all ad guys making visually stimulating commercials to sell products, where the product they’re selling is the commercial itself. These guys don’t make high drama, emotional-exploration projects. Their movies have flat, disposable, entertainment value which gets butts in seats. They are not great movies or TV, but they make a lot of money, and as a producer, despite whatever other influence you may have over the film, making money is your main responsibility.

With sequels on the horizon for Top Gun, Beverly Hills Cop, Bad Boys, and Pirates of the Caribbean, making money is exactly what Bruckheimer will continue to do.