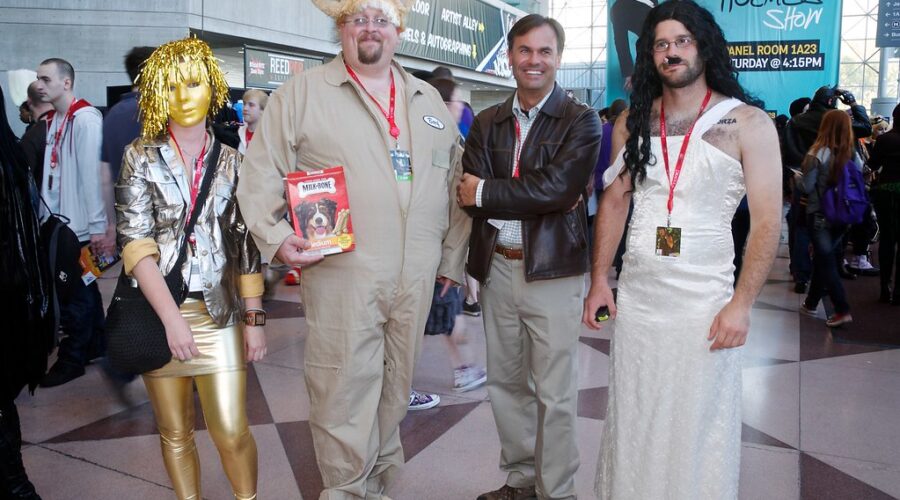 If imitation is flattery, then parody is a love letter. Like only true friends can poke fun at each other, only a true movie fan can make parody films.

When I think of parodies, I think of names like David Zucker and Mel Brooks. I think of franchises like Naked Gun, Austin Powers, Shrek, Scary Movie. There’s one-off classics, like Last Action Hero, Mars Attacks!, Clue, and Galaxy Guest. (article continues below)

Each of these brilliant movies is dependent on the abundance of content from general categories like action or cop dramas, and sometimes they’re direct tributes to franchises like Star Trek or James Bond. Spaceballs, however, may be the ultimate parody movie. Not only does it honor one of the greatest franchises of all time, but ILM did all the space effects and postproduction so it was as similar in style and feel as it could be to the original. George Lucas even wrote Brooks about how much he loved the movie, saying ‘It’s a dangerous comedy. I was afraid I would bust something from laughing.’

Some people think parody is dead, or rather that it’s been diluted by half-hearted disjointed efforts, and on the surface they may be right, but what I see is an expansion of parody moving into new types of films. There are movies like 21 Jump Street or Shaun of the Dead that build off an existing franchise with a certain self-awareness, but are ultimately independent movies that stand on their own.

Sascha Baron Cohen’s satirical comedies and deep-character immersion are sometimes called parodies, but despite the often exaggerated content, they’re ultimately in-depth looks at cultural issues, exposing the true nature of people and society. South Park falls into this category as well. Tropic Thunder might just belong there too, but that’s my point. It’s hard to nail down just what category some movies fall into, or to identify a director as parody-exclusive.

Edgar Wright is amazing, and I’ll watch anything he puts out, but each of his movies is different. The same goes for Christopher Guest, but his comedy I wouldn’t consider strictly parody. I don’t know what Sausage Party is or even The Lego Batman Movie. They contain parody, but that may not mean that’s all they are. I think parody is still alive and well, but different. It’s not Mel Brooks anymore, and that’s okay. The love is still there, and love has many different faces.