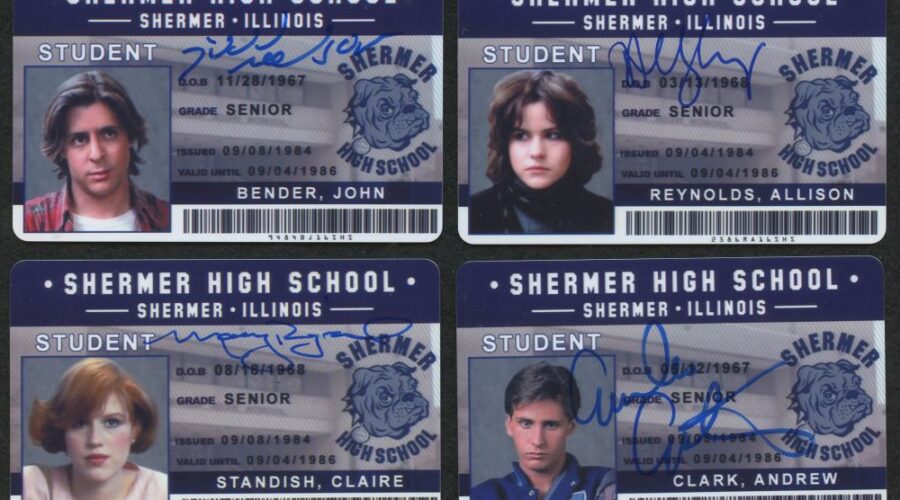 “Welcome to Shermer, One of America’s Towns”

In 1999, John Hughes stated that Sixteen Candles, The Breakfast Club, Ferris Bueller’s Day Off, and Planes, Trains and Automobiles were all part of the same universe, more specifically having ties to the same town. (article continues below)

Shermer, Illinois is the fictitious suburb of Chicago based on Hughes’ hometown of Northbrook, Illinois, originally named Shermerville.

Northbrook locations are used for various Shermer-based movies. The exterior of Ferris’ high school was John Hughes’ old high school. The football field where Bender triumphantly pumps his fist at the end of the Breakfast Club is at that same school. The Northbrook Court mall was used in Weird Science.

Much of Shermer is from various Illinois locations, creating a cohesive and grounded world where the audience, though unaware of the effect, feels comfortable. The scenes are familiar, the people understood. After so many visits, Shermer is as real for us as it is for the characters within the John Hughes world.

“When I started making movies,” said Hughes, “I thought I would just invent a town where everything happened. Everybody, in all of my movies, is from Shermer, Illinois. Del Griffith from Planes, Trains & Automobiles lives two doors down from John Bender. Ferris Bueller knew Samantha Baker from Sixteen Candles.”

The Griswolds, The McCallisters, The Ryans, Frys, Buellers, Bakers, Benders, Petersons and the Donnellys all lived there. Uncle Buck babysat his nieces and nephew here at a house just down the street from where Ginny Baker got married. Shermer is where Wyatt and Gary threw an epic house party and Long Duck Dong met his sexy girlfriend.

For those itching to do a John Hughes movie location tour, you can still see the real world houses and buildings across Illinois. Cameron Fry’s and Jack Ryan’s houses are in Highland Park. Katie Buller’s office is in Winnetka. The Baker’s house is in Evanston and Neil Page’s home is in Kenilworth, and of course a drive through Chicago will feature the other iconic Hughes locations like Wrigley Field and the Sears Tower. If you want to visit the Weird Science house though, you’re out of luck. It has since been torn down. Maybe the new owners didn’t care for the all blue kitchen.