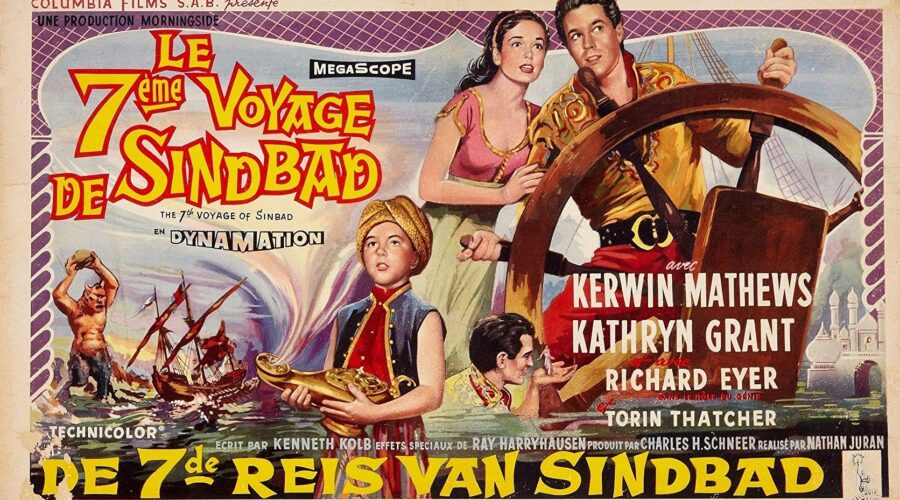 Integrating animation into live action has been around since 1900, starting with The Enchanted Drawing, a minute and a half silent film where the lead actor interacts with a cartoon man he draws on screen. Through filming trickery, the actor produces wine and cigars from the pages, bringing equal pleasure to the cartoon man when the actor finally decides to share.

Since then there have been dozens of memorable films featuring cartoon characters and real-world people on the same plane: Pete’s Dragon, Mary Poppins, Bedknobs and Broomsticks, but animation isn’t limited to hand drawn art. (continues below)

Stop motion, often using clay figures, brought monsters to life to the wonder of both actors and audiences with such classics like The Lost World from 1925. Willis O’Brien, the stop-motion pioneer, introduced the world to King Kong and Mighty Joe Young, for which he won the 1950 Academy Award for Best Visual Effects. Ray Harryhausen used this same technique, called “Dynamation” on Jason and the Argonauts and the 1981 Clash of the Titans for a bulk of the fantastic characters throughout the movie, including Pegasus, Calibos, Bubo (the mechanical owl), Medusa, and the giant Kraken.

While some motion pictures are animation heavy, actors even transforming into cartoons in some cases, (think Don Knotts becoming a talking fish in The Incredible Mr. Limpet), others only feature brief sequences, like the opening credits of National Lampoon’s Christmas Vacation. In Hitchcock’s Vertigo, there’s brief animation to pull us into Jimmy Stewart’s nightmare. Terry Gilliam often put together oddball animation sequences for Monty Python. His giant animated cave monster devours Brother Maynard in the Holy Grail, but Arthur and the knights ultimately escape because the animator suffers a heart attack, his monster subsequently vanishing from the movie.In Better Off Dead, John Cusack brings a burger to life Dr. Frankenstein style. In the Golden Child, the boy makes a Pepsi can dance for his captor’s amusement.

With the advent of CG, animation has gone through major facelifts, expanding the options of what can be done on screen. With box office smashes like Who Framed Roger Rabbit, Sonic the Hedgehog, Paddington, The Smurfs (which grossed over 563M worldwide), and more adult-oriented hits like Ted 1 and 2, we’ve solidified a love for our animated friends. 120 years and countless characters later, they’re still leaping from the page, the screen, and from the imaginations of filmmakers worldwide.