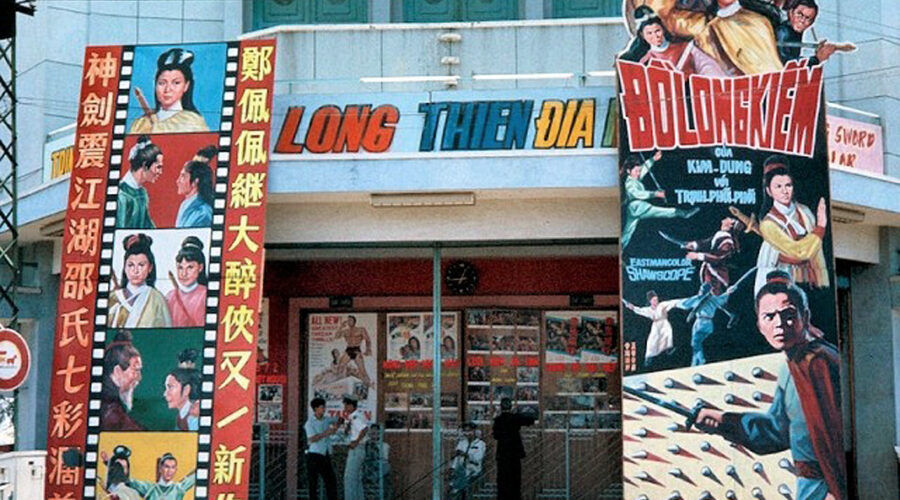 In terms of gross revenue, English-language films are vastly over-represented among the highest-grossing films of all time. Among the top 100 highest-grossing films, 99 of them are in English, though it could be argued that Minions is in part a foreign-language film.
This trend has to do with not only where movies are made, and how prevalent the English language is spoken, but also international ticket prices. In a country that charges on average $9 a ticket, the US will naturally see higher revenue over India, where the ticket price is less than $3.
Looking at ticket sales rather than box office gross, Indian cinema is hugely popular and lucrative. For 2019, the US sold 1.2 billion movie tickets. That same year in India saw 1.03 billion tickets sold, the majority of which were NOT for English-language films. The Hindi films, AKA Bollywood movies, often take 43% of the sales, with Telugu and Tamil languages picking up much of the remaining pie.
Now imagine the number of Indians located outside India and think of the possibilities demand for Bollywood cinema availability could bring worldwide. When you scroll to the bottom of Netflix and see the hundreds of Indian movies available, you begin to get an idea.
The point is, there is a vast and expanding catalog of movies out there that most American movie-goers will never watch, and it’s mainly because they’re foreign. People are hesitant to venture outside their comfort zones, and for many, foreign languages are a big barrier to overcome. Some movies have managed to find favor with US audiences: Think of Del Toro’s Pan’s Labyrinth, Benigni’s Life is Beautiful, Lee’s Crouching Tiger Hidden Dragon, Jeunet’s Amelie, and Joon-Ho’s Parasite. (continues below)

Parasite winning best picture is an amazing achievement, but best picture winners and blockbusters are categories with rare overlap (I counted 3 in the top 200 highest grossing films), and about 75% of the US box office earnings for Parasite were made AFTER its success at the Oscars. I don’t know that we’ll ever see American theaters clearing multiple screens for the latest Chinese import or Bollywood hit, though I know some theatres do have select showings for just those sort of films.

Streaming, however, is a different game, and this is where I think we may just see an uptick in foreign language film consumption. I’m a fan of good movies, with little regard for language borders, but I know I’ve barely scratched the surface of foreign cinema. Thanks to Netflix, however, I’m watching shows like the Korean Kingdom, and I’m scratching the walls in anticipation of Dark season 3, a show which is entirely in German.

But audiences aren’t the only issue with welcoming exposure to foreign language film. Even directors who make great movies in their native tongue often switch to English. Jean-Pierre Jeunet did Alien Resurrection, Del Toro made Hellboy and Pacific Rim, Ang Lee directed Brokeback Mountain and Life of Pi, Bong Joon-Ho made Snowpiercer. The question is, if they kept all those movies in their own language, would they have been as successful? The answer is likely no.

We are creatures of comfort, and many people just loath subtitles, so foreign language TV and movies will likely forever reach only a fraction of American consumers. It’s up to us to look beyond the Hollywood machine and seek out entertainment in every corner of the world, or else we’ll miss some truly extraordinary work. After all, even the original Mad Max was dubbed. Why? Because distributers believed American audiences would find the Australian accent too difficult to understand.